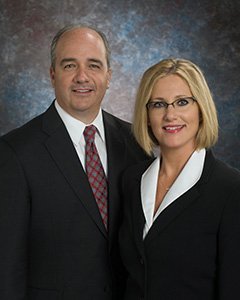 Michael is the nephew of Wayne and Mary Novak and the grandson of the late David and Kathryn Reinbold, long time Sheboygan residents. Michael was born in Sheboygan to David and Barbara (Baeten) Reinbold and was raised in Manitowoc, WI. He graduated from Roncalli High School in 1982. Mike then attended the UW-Manitowoc prior to graduating from Worsham College of Mortuary Science in Chicago. He served his apprenticeship at Schmidt and Bartelt Funeral Homes in Whitefish Bay, WI. Michael then moved to Iron Mountain, MI where he began his career as a licensed funeral director. Prior to purchasing Reinbold-Novak Funeral Home in 2007 Mike was employed in De Pere for fifteen years. He has been a licensed funeral director since 1987 and a licensed Wisconsin life insurance agent since 1991. Mike believes the funeral provides a foundation so the survivors may begin and continue to heal after the death of a loved one. The funeral is a celebration of a life lived. He feels privileged to be able to provide assistance to families following a death, which can be one of the most difficult times a family encounters. Mike is an active member of his church and currently serves on the board. He is also a member of the Early Bird Rotary Club, Sheboygan County Chamber of Commerce and currently serves as a board member of the Sheboygan Symphony Orchestra. Mike enjoys fishing, auto racing, golfing and spending time with family.

Heidi was born in Manitowoc, daughter of the late Janet (Knaus) and Reuben Hanson. She is the granddaughter of the late John and Anna (Haindl) Knaus of Sheboygan and the late Raymond and Myrtle (Anderson) Hanson of Kohler. She is a 1982 graduate of Manitowoc Lincoln High School. Heidi graduated from Lakeshore Technical Institute as a Medical Assistant in 1983 and was certified in 1984. She was employed at a doctor’s office in Sheboygan for two and a half years. Heidi and Mike were married in 1986 and have three children, Greg, Doug (Kristin) and Laura (Matt) Rasmussen and two grandchildren. Heidi is an active member of her church and enjoys spending time with her family, walking their dog, Maggie, traveling, and relaxing “up north”. 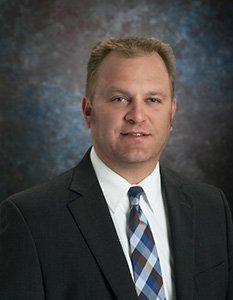 A native of Greenbush, Bob is the son of A. C. Durdin and Candy Durdin. He went to grade/middle school at Elkhart Lake-Glenbeulah School District, then transferred to Plymouth High School for four years and graduated in 1992. After high school Bob worked for a construction company doing residential/remodel construction before deciding to return to school to be a Funeral Director. In 2002 Bob graduated from Milwaukee Area Technical College in West Allis, WI, with a Associates Degree in Mortuary Science. While in school Bob worked for a larger Funeral Home in Milwaukee as an apprentice Funeral Director gaining valuable experience in funeral service. After graduating from Mortuary School Bob worked as a Funeral Director/Embalmer in Oshkosh.

In June of 2004 he took a position at the Reinbold-Novak Funeral Home. He is married to Andrea (Hand). Together they live in Plymouth with their daughter Angela. Bob is a member of the United Church of Christ in Plymouth. Bob’s hobbies include golfing, fishing, auto racing, mountain biking and photography.

Greg was raised in De Pere, WI, the son of Mike and Heidi Reinbold. He graduated from De Pere High School in 2006 and continued his education at UW-Milwaukee. Greg earned his Mortuary Science degree from Milwaukee Area Technical College in 2010. He served his apprenticeship at Gunderson Funeral Home in Madison, WI and also at Schmidt and Bartelt Funeral Home in Wauwatosa, where he began his career as a licensed funeral director. In addition to earning his funeral director’s license, Greg earned his license as a Wisconsin Life Insurance Intermediary in 2013. Following the four and a half years being employed at Schmidt and Bartelt, Greg joined Reinbold-Novak Funeral Home in January, 2014. In his free time he enjoys fishing, auto racing, golfing, going up north and spending time with family and friends. 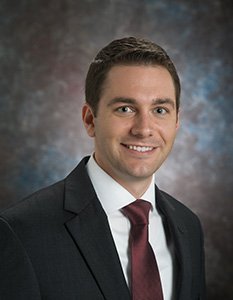 Doug, the son of Mike and Heidi Reinbold, was raised in De Pere, WI. In 2007 he graduated from De Pere High School. Doug went on to graduate from the University of Minnesota in 2011 with a Bachelor of Science degree in Mortuary Science after spending two years at UW-Milwaukee studying Business Administration. While studying Mortuary Science, he worked at Gearty-Delmore Funeral Chapels in the Minneapolis area and continued to serve there as a Minnesota and Wisconsin licensed funeral director until 2015. In July 2015, Doug and his wife, Kristin, moved to Sheboygan where Doug joined Reinbold-Novak Funeral Home. Doug, Kristin and their children, Gemma and Henri, attend Word of Grace Community Church in Sheboygan Falls and reside in Sheboygan. In addition to spending time with his family and friends, Doug enjoys traveling, fishing, golfing, auto racing and cheering on the Packers. 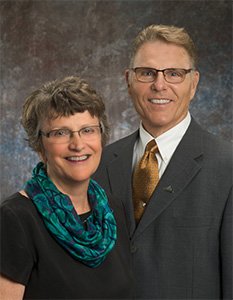 A native of Manitowoc, Wayne is a 1964 graduate of Manitowoc Lincoln High School.  In 1968, he was honorably discharged from the United States Army following a term of duty in Vietnam. He received an Associate’s Degree in Mortuary Science from Milwaukee Area Technical College in 1977.  Wayne began his career in Sheboygan at the former Ramm-Ziegler Funeral Home in 1977 and following his duties as apprentice, earned his Wisconsin State License in 1978.

In 1978, Wayne married the former Mary Reinbold, a Sheboygan native.  The couple has two children Amanda Novak and Patrick and Elizabeth Novak, granddaughters, Paige and Lucy Novak and grandson William (Will) Novak.

Wayne and Mary have been members of St. Peter Claver Catholic Church since their marriage. Wayne has been an active member of his parish, serving as Parish Council Chairperson, Parish Trustee as well as serving on numerous committees through the years.  Wayne is also a member of the Knights of Columbus Our Lady of the Rosary Council 722, Fourth Degree Monsignor Phillip Dries Assembly 1204 of which he was a past Faithful Navigator, Vietnam Veterans of America Sheboygan County Chapter 618, Big Brothers/ Big Sisters and other community activities.

Wayne was employed for six and one-half years before purchasing the firm from the previous owner, the late Frederick Ziegler, in 1984. 2002 marked his twenty-fifth anniversary with the firm and his nineteenth year as owner.  Late in 2007, Wayne and Mary sold the firm to Mike and Heidi Reinbold.

Mary was born and raised in Sheboygan, a daughter of the late David and Kathryn Reinbold.  After graduating from North High School in 1967, she attended St. Norbert College where she received her Bachelor of Arts Degree in Elementary Education in 1971 and her Master of Arts Degree in Exceptional Education from Cardinal Stritch University in 1978.   Mary has been employed as a teacher in the Milwaukee and Sheboygan Area School Districts.

Mary is a member of St. Peter Claver Catholic Church and has been involved in Parish Council, Endowment and Stewardship Committees, other committees and activities for the church, Big Brothers/ Big Sisters program, past Board Member and President of the Sheboygan County Historical Society and Museum, member and past President of Catholic Women’s Charity Club, member of Partners of St. Nicholas Hospital and other community activities.